About us - author and founder

If you would like to have Rick Simpson and Danijela Smiljanić Simpson speak at your event, contact us at info@simpsonramadur.com 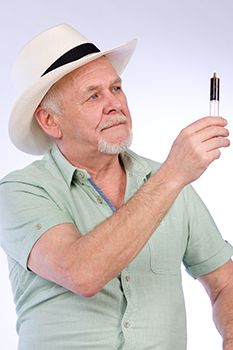 About the author Rick Simpson

Rick Simpson is a retired power engineer who worked for 25 years in the medical system in Canada.  After suffering a severe head injury in 1997 he took all the medications that the doctors prescribed, but their side effects did nothing but harm.  So in desperation he turned to the use of cannabis extracts, which he produced himself and quickly found that he had discovered the greatest natural medicine.

After learning the truth about the amazing healing abilities of these extracts, he then went to everyone in authority to have its use recognised once more,  but found that in reality those who control our lives, wanted to keep the truth hidden from public view.  Having no where else to turn, he then made this knowledge public and since that time countless individuals world wide have used his information to cure or control illnesses for which our current medical systems have no solution.

Rick Simpson was giving the oil away for free, since he was growing plants in his own backyard, while he was still in Canada, until 2009, when the Royal Canadian Mounted Police did the final raid at his home. Rick was always talking about THC oil, and not CBD oil. The oil that he was giving away for free had a very high percentage of THC and it also contained low levels of CBD and other cannabinoids.  Today these extracts are usually called RSO or Rick Simpson Oil and it was the previous leader of the hemp movement Jack Herer himself who coined this phrase.

Since 2013 Rick no longer lives in Canada, and he is no longer in a position to supply the oil.

Rick Simpson, put up the phoenixtears.ca website back in 2004 and he made the information people need to heal themselves free for all to use at no cost.

On Rick’s web site you can find dosage instructions along with all the information needed to produce your own hemp oil and all other relevant information about this amazing healing oil.

Rick did not even try to patent the oil or the method he used to produce the oil, because he felt that this is knowledge everyone should have so they could learn how they can deal with their medical problems themselves, in a sensible harmless manner.

"I want people to know how to heal themselves." 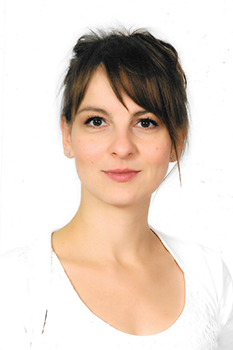 About the founder and CEO
Danijela Smiljanić Simpson

For the most part of her life, Danijela Smiljanić Simpson has been exploring knowledge related to people’s spiritual and physical well-being. She has, both on a professional and personal level, been studying and researching different alternative healing techniques, including yoga and shamanism, as well as eastern philosophy and religion.

Her studies in cultural and medical anthropology, her personal pursuits, and her work, led her to travel to India, Nepal and Tibet, where she also had the opportunity to personally experience the effectiveness of various traditional remedies.

In recent years, having become involved with the cannabis movement, she has been placing special emphasis in her work on powerful medicines that can be found in nature, such as the cannabis plant, as well as many others. For centuries many natural remedies have been known to people of different cultures and this knowledge has been traditionally passed down from one generation to the next. With the onset of modern western medicine, a great number of these natural remedies have become forgotten, or worse, banned, even though some of them have been knowingly and carefully used for thousands of years.

Danijela has, for several years now, been actively involved in the work of her husband Rick Simpson, in dealing with the demands of the public searching for answers and ways to use cannabis medicine in their healing process. Answering people's questions and giving them reassurance to use this medicine has given her special insight into the human healing process. That is one of the reasons she places emphasis on promoting a holistic approach to health and healing in her own work.

She is currently also working on her PhD in medical anthropology, on the subject of scientific research on the effectiveness of cannabis oil in medical use, while continuing to raise awareness about the healing powers of this plant and other natural remedies.

"One plant provides an answer to many questions. It is nature's way of reminding us that we are an inseparable part of it. We've only forgotten it for a moment."

EVENTS
Here we will keep you informed about upcoming events, seminars and visits of Rick Simpson.
READ MORE
MULTIMEDIA GALLERY
Here you can see pictures from events, listen and watch video interviews of Rick Simpson and his Story.
PICTURES
VIDEOS
GET SOCIAL
If you have a question about your order please send us an email. Emails will be answered within maximum two business days.